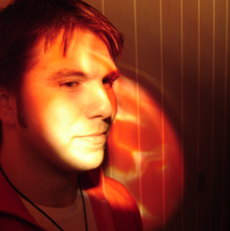 Izidor Radmanovic aka bLURiX
Born in Zagreb (Croatia) in 1983, Izidor was exposed to many styles of music at an early age. His father would constantly be playing music from records, tapes, radio, etc. The wall-mounted speaker in their home would be blaring anything from disco to rock to blues. Later in his life, Izidor was influenced by Acid House, Techno and artists like Jean-Michael Jarre, Kraftwerk as well as composers like Franz Schubert.

In 1995, he made his first steps into electronic music production by remixing a few tracks for his own pleasure. By 1999, he had become more productive and developed a much deeper understanding and philosophy about making electronic music. He also began DJ’ing in 2001. With a desire to go even deeper and learn more about himself and his beliefs, he applied and was accepted to the theological university in Zagreb in 2004. From that point on, Izidor approached music with more desire and passion. He puts a little bit of his soul into each and every one of his tracks. There are no boundaries for him. To him, all is relative in music so therefore his sounds and tracks are ever changing.